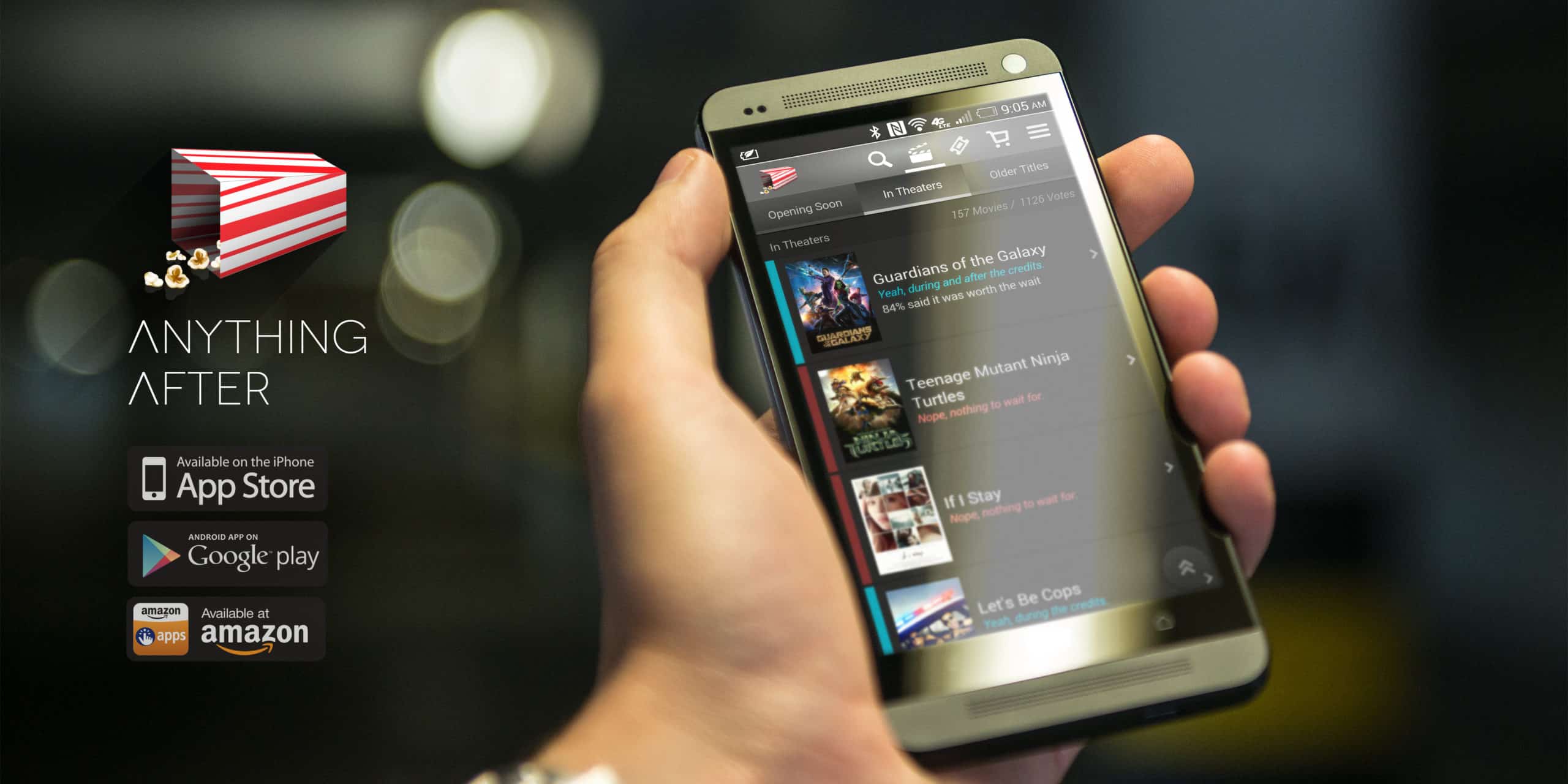 In a pre-COVID world, going to the movies was actually a thing. In fact, in 2016, more than two-thirds (71%) of the U.S./Canada population – or 246 million people – went to the cinema at least once per year.

I was one of these people and seemingly after every cinematic adventure, I witnessed a certain behavior – uncertainty.

Some moviegoers would stay seated. Others would get up, stepping towards the exit, some stopping on the stairs or aisle, staring at the screen, waiting. (While the rest would simply exit.)

Those that stayed behind were naturally waiting to see if there was anything else to experience during or after the credits – known more formally as a "Stinger" – which could be bloopers (a gag reel) or extra scenes (that could add to the storyline or as a hint at a sequel).

That is where Anything After was born – and as Founder and Head of Product, I designed and developed this simple solution around reducing uncertainty through awareness, improving the movie-going experience with the use of crowdsourced driven data.

While ideating and even post-launch, the primary research methods of gathering insights were:

Although the research process was relatively informal, I was able to gather valuable moviegoer perspective, goals and natural behaviors; which were used in the initial design and future iteration of the Anything After app.

Through gathered insights, I designed and developed a mobile application that provided a collection of insights for moviegoers – powered by crowdsourced data from fellow moviegoers. Other movie related details were provided through the integration of third-party APIs (such as Rotten Tomatoes), plus more.

Anything after the credits?

The Anything After movie app served a simple purpose – it answered whether there was anything during/after the credits, and if so, was it worth the wait.

This was supported by a clear interface design approach and microcopy, making it quick and easy to gather necessary information at a glance.

Votes and submissions from moviegoers were the driving factors powering this service, and this flow was specifically architected to be as simple as possible – especially to initiate. All one had to do was tap either of the casually stated buttons that read, "Yeah" or "Nope"; answering the simple question, "Anything after the movie?" In doing so, they were met with a simple list of contextual questions to help add clarity to their submission. 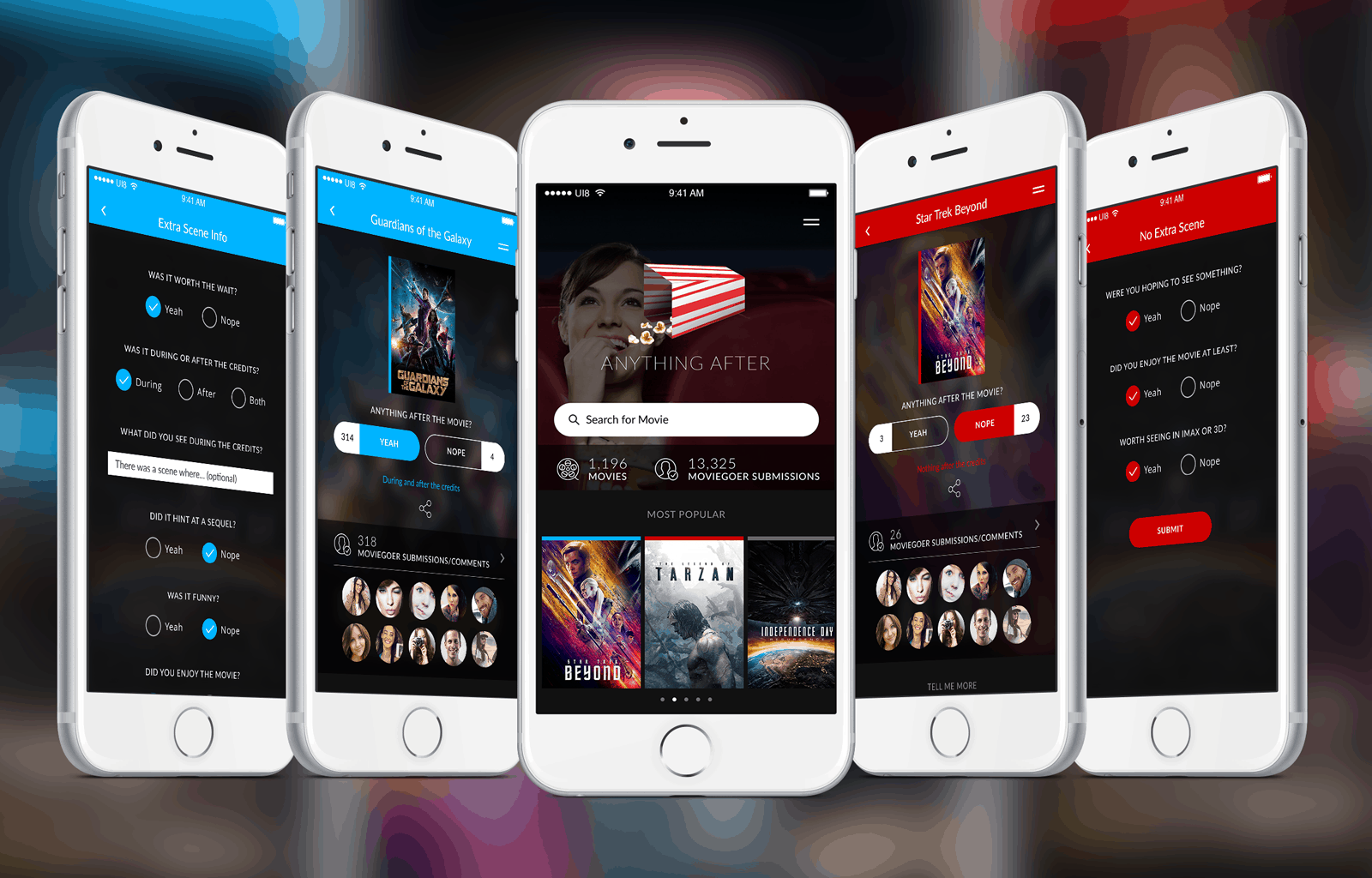 App users also saved money with discounted movie tickets and concessions (via a partnership with Dealflicks) – available savings at more than 750 theaters in the United States. 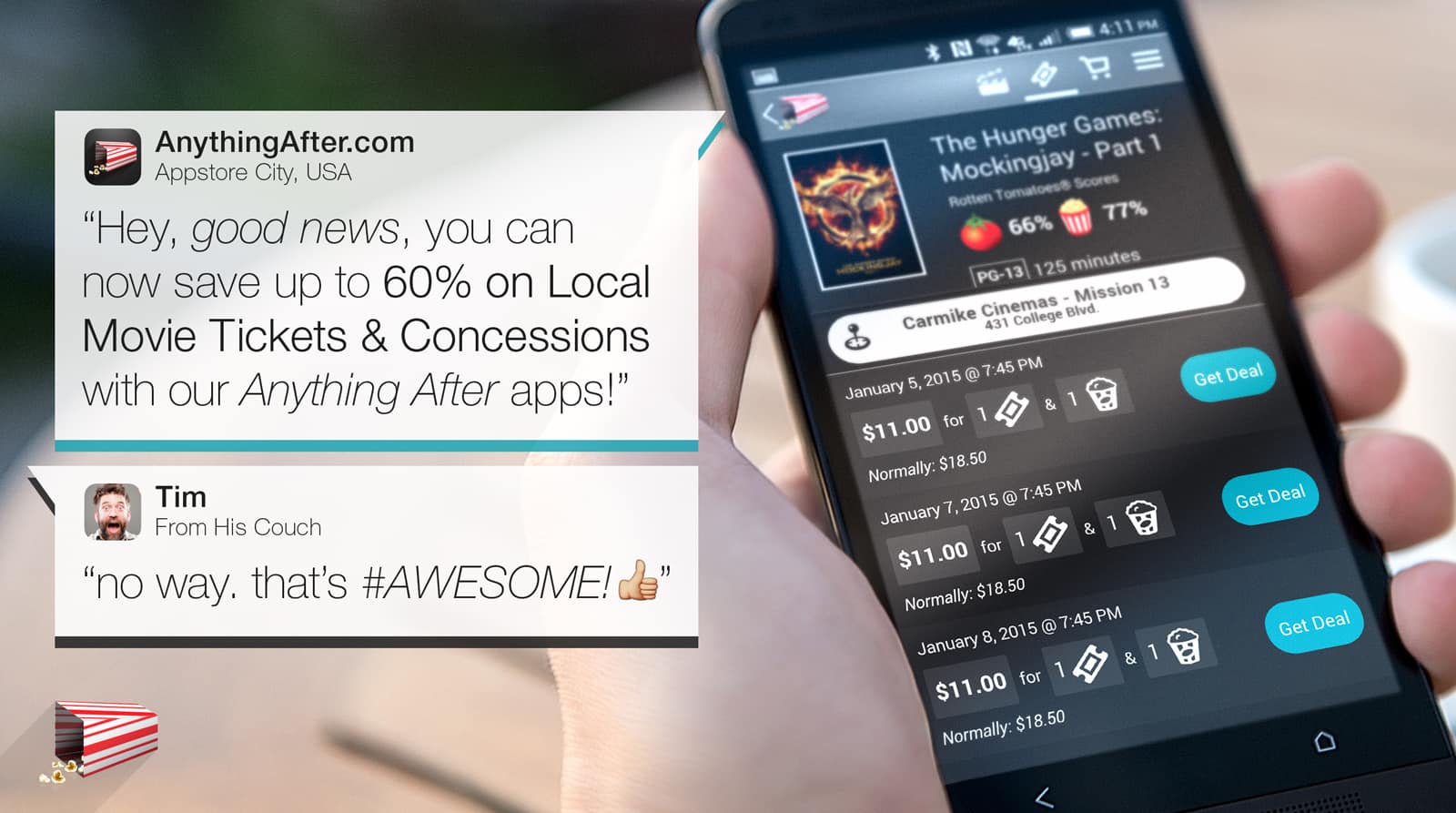 As an added bonus, we partnered with artists that sold unique movie art/posters – extending special savings for our app users. 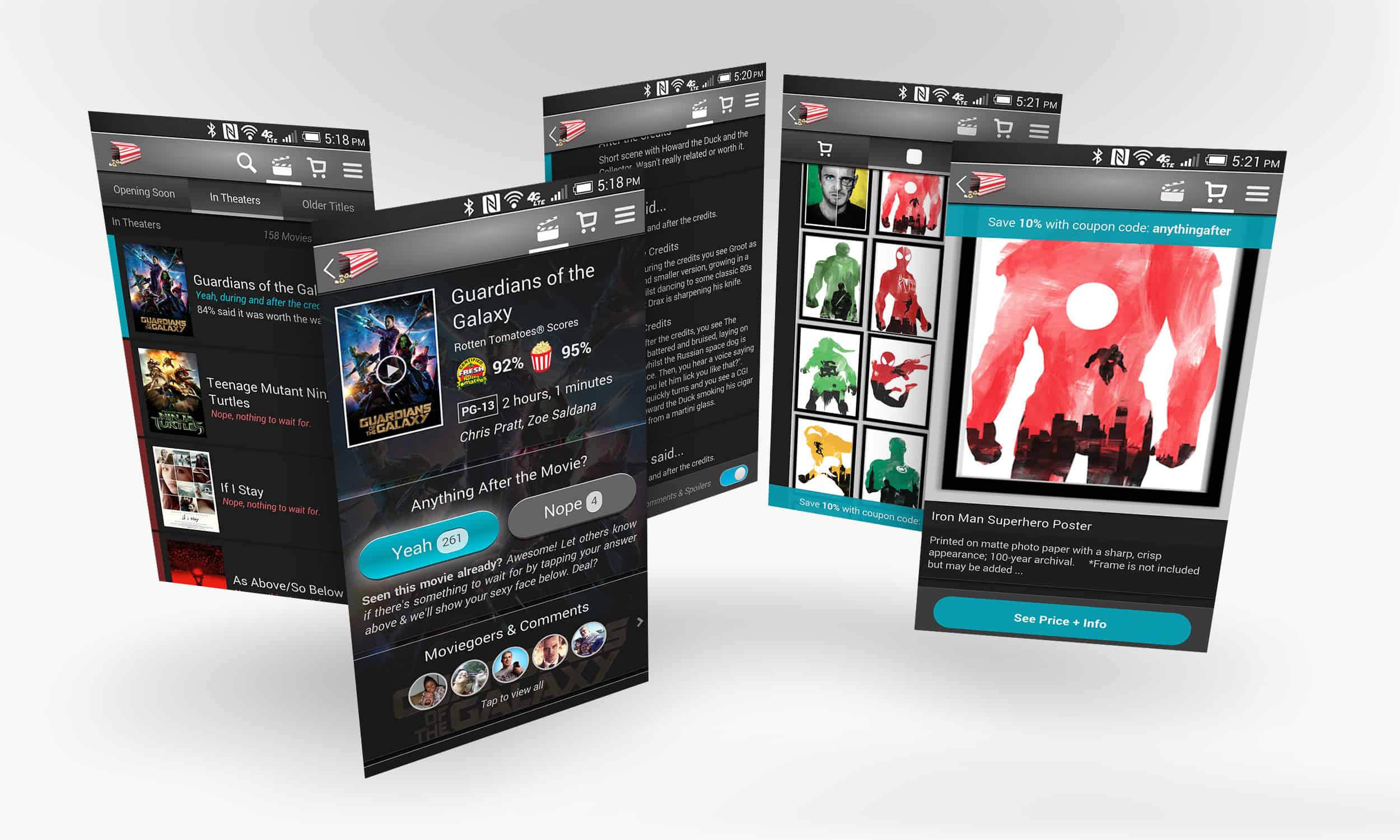 What started as a relatively simple and fun side project, quickly gained traction and was ultimately used by moviegoers all over the world. It also received recognition while being featured on iTunes App Store (“Going to the Movies” App Collection), as well as within other popular outlets like: CNET, Cult of Mac, Movies.com (Fandango), TUAW (The Unofficial Apple Weblog), AppAdvice, plus more. 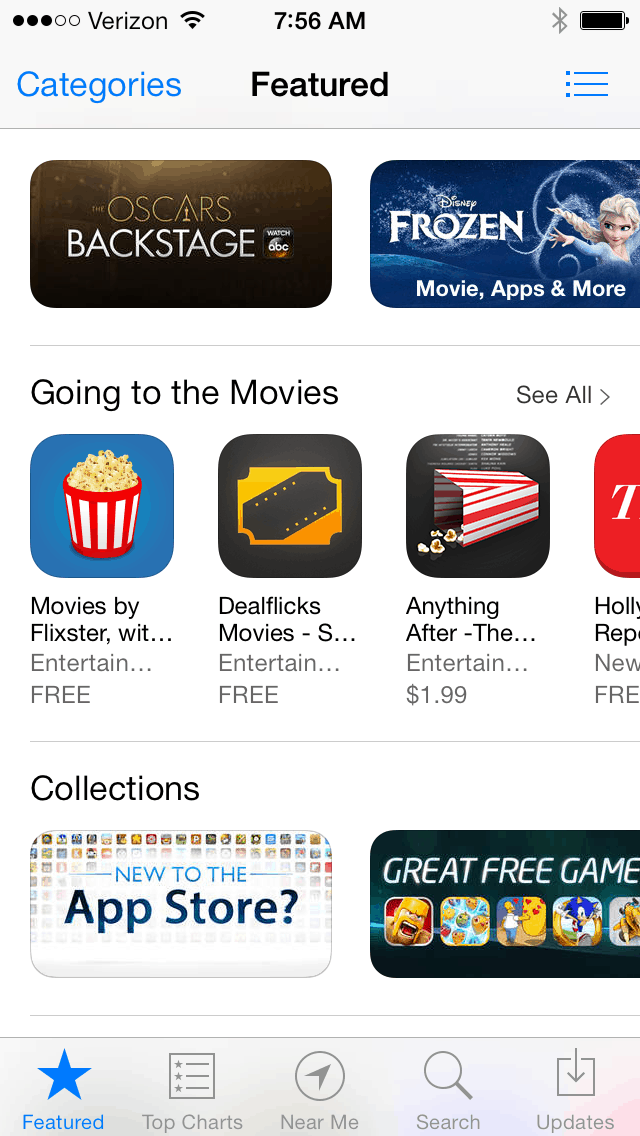 I love solving problems and bringing concepts to life.
Reach out and let's make something awesome together.
CONTACT